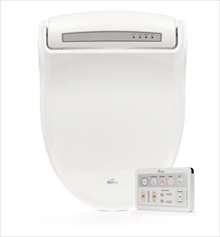 The invention of toilet paper

Many of us will make sure that the toilet roll supply is well stocked up because the thought of it running out fills us with absolute dread, but how did people manage before it was introduced? The majority of us appear to forget that toilet roll was actually invented by someone; we assume that it’s been around forever as nowadays it is seen as one of life’s necessities. Before the invention of the toilet roll people managed, they made their own devices from saltwater- soaked sponges on a stick to perfumed wool, others saw it socially correct to use their left hands. Depending on cultural backgrounds the solution to cleaning up after bowl movements varied. The first recorded use of toilet paper appears to have occurred in China around A.D 589. It seems that China was amongst one of the first countries to acknowledge there was a problem and grew very wary of ridiculous alternatives to cleaning up. China set out to create a new invention that they hoped would be far more accepted by the rest of the world. Early versions of their attempt to make toilet paper included special sheets of toilet tissue made out of soft fabric. In 1857 a man named Joseph Gayety decided to try his luck at inventing toilet paper in a more useable way. His early attempts were known as ‘Modern Medicated Paper’ which he sold in packages of flat sheets. The invention was a first in history where someone attempted to pay close attention to hygiene to design something that took health risks into consideration. Unfortunately for Joseph Gayety the public did not come to appreciate the invention probably because of costs and not seeing a need for it. Earlier failed attempts lead to progress and designers continued to develop and improve on what had already been; eventually we saw a design that the public could relate to. Scott Co officially introduced rolls of toilet paper in 1890. This newer design proved that the invention could be effective using cheaper materials packaged in an easily accessible format. From then onwards the toilet roll standard quickly gained popularity across the world. Today Toilet Roll sales across the world can reach $200 Billion annually, and it has become the chief exporter for the United States. Over 5,000 companies produce a brand of Toilet paper and many of them have now found new ways of doing it by saving our trees and using recycled paper instead. Toilet Paper has been designed to improve hygiene matters around the world trying to make our lives a little easier; it is certainly convenient and has profited a lot of companies but whether it improves hygiene is a topic that many will beg to differ. A Bidet Toilet Seat is a much safer and cost effective way to clean yourself, and not to mention promote good hygiene.