A Female Urinary Device is the answer to a women’s loathing of the port o let. 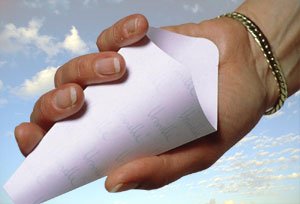 Football season means tailgating for millions of Americans.  Every weekend people will gather in parking lots and fields around stadiums to part take in a weekly party with thousands of their closest friends.  Well they really aren’t all that close.  As a matter of fact most people you would want to live with.  They are messy.

Tailgating means partying, that means eating and in most cases drinking alcohol.  For some women this is area many wish they could avoid.  It’s not the party and drinking they want to avoid.  It’s the trips to the restroom.  This is usually a unsanitary restroom or public port o let that been used by hundreds of other who’s aim isn’t all that great.

No women wants to sit down on a dirty toilet seat, and hovering over one requires skills and balance that isn’t at its best after a few drinks.  So what is one to do?  Well there are devices that allow women to avoid the dirty toilet seat and without trying some difficult balancing act.  They are called F.U.D.s.  It stands for Female Urinary Device.  It allows women to urinate while standing up.  It may seem funny to some, but too many women attempt to do this balancing act and struggle.  There is really not a need to.  A F.U.D. is easy and safe to use.  Some are made of soft medical grade plastic and others are made of paper.

The paper cones that are called Urinells are perfect for tailgating.  The paper cones are biodegradable and safe to flush if necessary.  If using a port o let simply drop the cone in the holding tank.  The cones can be used once and come in packs of 7.  One pack should last a whole afternoon of tailgating and for use inside the stadium.

Balancing acts and unsanitary toilets don’t have to be a part of tailgating for women.  A F.U.D. can be a great answer to a problem that many women experience when tailgating. And they are great for small children to us also.